The “MAGMA” project aims to deploy SeaExplorer underwater gliders to provide an eco-efficient response for data acquisition in the marine environment. Led by Alseamar in collaboration with the Water Agency the project involves four Glider missions spanning the 2015/2018 period.

➞ The MAGMA project found its continuity in 2017 by being integrated into the CALME network, including new Glider Acoustic missions.

The missions are as follows :

The glider is an innovative autonomous robotic device. It is a robust, practical and versatile platform, adapted to the continuous collection of oceanographic data, over vast maritime areas, and over a column of up to 700 meters. The SEA EXPLORER glider is buoyancy-powered, which gives it a very high range at low speed.  When the SEA EXPLORER surfaces, data is transmitted to a land-based flight and control center via satellite communications. The SEA EXPLORER allows the integration of all types of sensors : physical, biological, chemical, acoustic, …

The results of the four missions are presented on the platform, click on the button “Access the maps” to consult them. 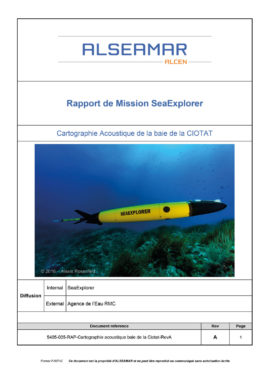 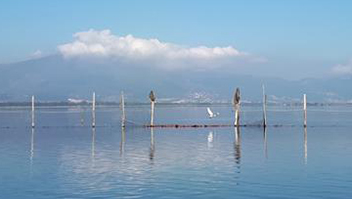